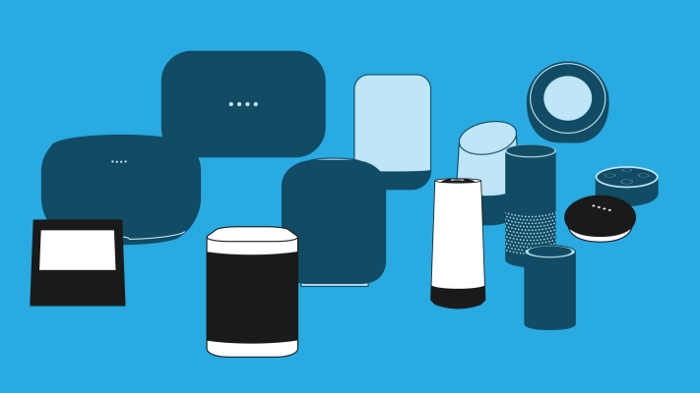 My dream of a piece of software that you could simply talk to and get things done started more than 10 years ago, when I was still a young M.Sc student who imagined getting common tasks done on my computer through the same kind of natural interaction you see between Dave and HAL 9000 in 2001: A Space Odyssey. Together with a friend I developed Voxifera way back in 2008. Although the software worked well enough for basic tasks, as long as it was always me to provide the voice commands and as long as the list of custom voice commands was below 10 items, Google and Amazon in the latest years have gone way beyond what an M.Sc student alone could do with fast-Fourier transforms and Markov models.

When years later I started building Platypush, I still dreamed of the same voice interface, leveraging the new technologies, while not being caged by the interactions natively provided by those commercial assistants. My goal was still to talk to my assistant and get it to do whatever I wanted to, regardless of the skills/integrations supported by the product, regardless of whichever answer its AI was intended to provide for that phrase. And, most of all, my goal was to have all the business logic of the actions to run on my own device(s), not on someone else’s cloud. I feel like by now that goal has been mostly accomplished (assistant technology with 100% flexibility when it comes to phrase patterns and custom actions), and today I’d like to show you how to set up your own Google Assistant on steroids as well with a Raspberry Pi, microphone and Platypush. I’ll also show how to run your custom hotword detection models through the Snowboy integration, for those who wish greater flexibility when it comes to how to summon your digital butler besides the boring “Ok Google” formula, or those who aren’t that happy with the idea of having Google to constantly listen to everything that is said in the room. For those who are unfamiliar with Platypush, I suggest reading my previous article on what it is, what it can do, why I built it and how to get started with it.

My initial goal was to have a voice assistant that could:

Basically, I needed an assistant SDK or API that could be easily wrapped into a library or tiny module, a module that could listen for hotwords, start/stop conversations programmatically, and return the detected phrase directly back to my business logic if any speech was recognized.

I eventually decided to develop the integration with the Google Assistant and ignore Alexa because:

I eventually opted for the Google Assistant library, but that has recently been deprecated with short notice, and there’s an ongoing discussion of which will be the future alternatives. However, the voice integration with Platypush still works, and whichever new SDK/API Google will release in the near future I’ll make sure that it’ll still be supported. The two options currently provided are:

In this article we’ll see how to get started with both the configurations.

First things first: in order to get your assistant working you’ll need:

I’ll also assume that you have already installed Platypush on your device — the instructions are provided on the Github page, on the wiki and in my previous article.

Follow the steps in the next section if the Assistant library doesn’t work on your device (in most of the cases you’ll see a segmentation fault if you try to import it caused by a mismatching libc version), or if you want more options when it comes to supported hotwords, and/or you don’t like the idea of having Google to constantly listen all of your conversation to detect when you say the hotword.

A few words about the configuration tweaks:

Refer to the official documentation for extra initialization parameters and methods provided by the Snowboy backend and the push-to-talk plugin.

Restart Platypush and check the logs for any errors, then say your hotword. If everything went well, an assistant conversation will be started when the hotword is detected.

So now that you’ve got the basic features of the assistant up and running, it’s time to customize the configuration and leverage the versatility of Platypush to get your assistant to run whatever you like through when you say whichever phrase you like. You can create event hooks for any of the events triggered by the assistant — among those, SpeechRecognizedEvent, ConversationStartEvent, HotwordDetectedEvent, TimerEndEvent etc., and those hooks can run anything that has a Platypush plugin. Let’s see an example to turn on your Philips Hue lights when you say “turn on the lights”:

You’ll also notice that the answer of the assistant is suppressed if the detected phrase matches an existing rule, but if you still want the assistant to speak a custom phrase you can use the tts or tts.google plugins:

You can also programmatically start a conversation without using the hotword to trigger the assistant. For example, this is a rule that triggers the assistant whenever you press a Flic button:

Additional win: if you have configured the HTTP backend and you have access to the web panel or the dashboard then you’ll notice that the status of the conversation will also appear on the web page as a modal dialog, where you’ll see when a hotword has been detected, the recognized speech and the transcript of the assistant response.

That’s all you need to know to customize your assistant — now you can for instance write rules that would blink your lights when an assistant timer ends, or programmatically play your favourite playlist on mpd/mopidy when you say a particular phrase, or handle a home made multi-room music setup with Snapcast+platypush through voice commands. As long as there’s a platypush plugin to do what you want to do, you can do it already.

A TL;DR video with a practical example: